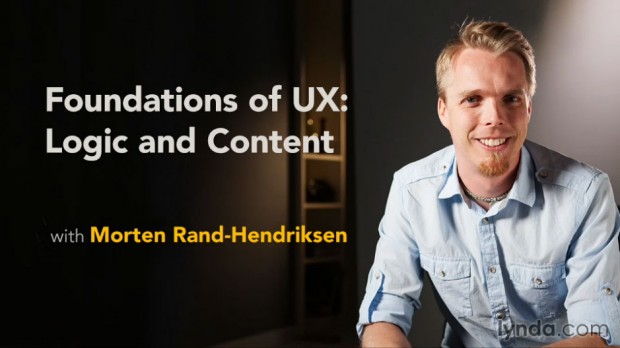 How can we communicate clearly through design and development? That is the question I attempt to answer in my latest release from lynda.com titled Foundations of UX: Logic and Content. The course looks at communication, web design, and User Experience through the prism of philosophy to find out how we communicate and also how we can use logic and common sense to create meaningful user experiences and ensure that the message we try to communicate is received as intended.

More than just an introduction to logic and how humans and computers use it to understand the world this course outlines the foundational mindset I myself use whenever I approach a project, whether it be in design, development, or even project management or music. In preparing for the course I took a step outside myself so to speak to identify where and how my background in philosophy impacts the way I do things. The result is a course quite unlike anything I’ve ever done before that draws equally from philosophy and design and development practices to present a different way of thinking about what we create and how we create it.

I would like you to watch this course more as a conversation than a list of techniques handed from me to you. The examples and ideas in the course are meant to spark (even in some cases provoke) further discussion both in your own mind and also with your colleagues, friends, and family, and help you rediscover communication in its purest form. And once you’re done watching, I’d love to take part in that conversation and take it further. So watch the course and leave your thoughts and ideas in the comments below and let’s explore logic, content, and communication together!

From the course description:

Foundations of UX: Logic and Content looks at how designers, developers, and content creators can use the ancient art of logic and reasoning to improve user experiences and facilitate communication. Morten Rand-Hendriksen looks at the principles of logic, how computer logic and human logic differ, and how these differences can be used to improve communication.

The core idea of logic is to create a system in which communication is clear, precise, and unambiguous, which is (or at least should be) the goal of any website or other communication.