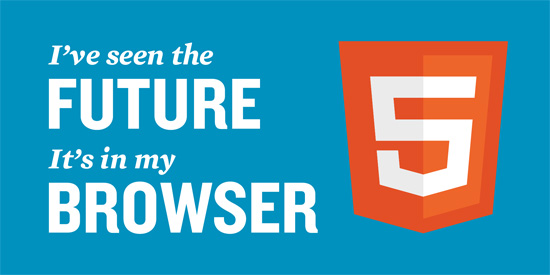 Update: Firefox 4.0 was released on March 2nd meaning all the major browsers now have full support for HTML5 and you no longer have an excuse not to implement it.

On March 26th the IE9 / WP7 Boot Camp is coming to Vancouver, and if you attend you’ll find me presenting two of the sessions; A Lap Around Internet Explorer 9 and HTML5 and Enhancing Pinned Sites with Internet Explorer 9. I realize this kind of statement is likely to get me rolled in tar and feathers and chased out of town, but before you go looking for your pitchforks and good torch material, hear me out. There are usually reasons why people do things that don’t seem to make sense, and this is no exception. I’m making the case for Internet Explorer 9, and quite frankly so should you. Here’s why.

HTML5 should be now

Over the last couple of years new technologies have started rolling out that will improve both the usability and effectiveness of code on the web. These technologies have been bundled into one collective term, HTML5, but actually include HTML5, CSS3, SVG and a whole pile of other forward thinking inventions. One of the major reasons why the implementation of HTML5 is so slow, apart from the fact the spec is not yet completed, is that up until March 15th, 2011 Internet Explorer, the default and primary browser for PCs, did not support any of these technologies at all. So while the other major browsers (Firefox, Chrome, Opera and Safari) were providing better and better support for these new technologies anyone using Internet Explorer was experiencing the old internet. As a result, for full cross-browser compatibility HTML5 integration was at best included as an add-on to backwards compatible code.

That was then. This is now. With IE9 finally released we are facing a new reality where HTML5, even in it’s unfinished spec, can and should be implemented as the primary code of the web with backwards compatibility as an add-on. But this can only happen if we get everyone currently using Internet Explorer to upgrade.

Stop Living in the Past

A couple of years ago I started a website called Stop Living In The Past where I encouraged all web developers to install a simple script on their site that would tell IE6 users they were running a horribly outdated piece of software and that they needed to upgrade. This was not a new idea – there are plenty of such sites out there and the majority of European newspapers had already implemented such warnings on their sites – but unlike the major IE upgrade scripts out there mine told people to upgrade to a newer version of IE, not get a new browser. My reasoning was simple: If I am to be able to implement the latest and greatest in web technologies and ensure cross-browser compatibility on the sites I build I need to know that the people that visit those sites are running browsers that support them. And since I knew a lot of people were running old and outdated versions of Internet Explorer, largely because they were unaware they had the ability to upgrade, I figured warning people and giving them an opportunity to upgrade right away was a good idea.

This pissed everyone off.

On the IE hater side people were up in arms about the fact I was telling visitors to upgrade IE, not get a different browser. Their argument was that IE, no matter what version, was pure evil, the cause of all things bad on the internet and should be knocked unconscious, bound and gagged and dropped in a deep well to be sealed forever.

On the IE lover side people were shocked that I would question the all-knowing Microsoft on the quality of their ancient browser. To them the mere notion that IE was somehow fallible was heresy.

Both sides were furious, both sides were unwavering in their beliefs and both sides seemed to completely ignore the fact that Microsoft themselves stated in no uncertain terms that they wanted nothing more than to see IE6 eradicated from the web.

In short, my site unwittingly uncovered dogmatic lunacy, on both sides. And as with science and religion, dogmatic thinking about browsers is just plain stupid.

This became comical (at least for me) when Microsoft a few weeks ago released the IE6 Countdown website on which they offer up a code to warn IE6 users they need to upgrade their browsers.

Now there are very good reasons why Microsoft can’t simply flip a switch and kill IE6 right now, most of them involving major mulit-national Asian banks, airline booking systems and other highly integrated and globally important systems, but that is no excuse for the remaining 99.9% of computers in the world not to upgrade to the latest version of the browser right now.

IE haters are (surprisingly) part of the problem 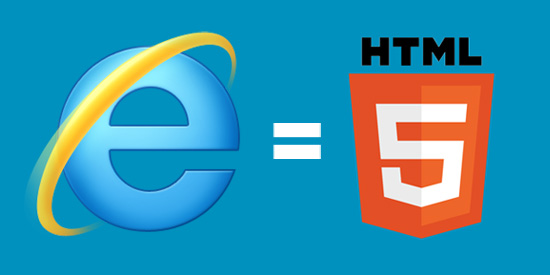 You’ve surely met them – people who treat any version of Internet Explorer like the next plague and tell people to never touch the browser, run away when they see it and preferably buy a Mac right now. These are the same people who blame Internet Explorer for everything from web standards incompliance (true), table-based layouts (partially true) and their websites not working properly (utter nonsense). What these people fail to realize or accept is that while IE6 is a horrible piece of outdated software that doesn’t work to modern standards, the newer versions have gotten progressively better to the point where today we have version 9 which not only is standards compliant but also incorporates the forward thinking new technologies of the web. It doesn’t mean you have to like it, but saying that the current version of Internet Explorer is bad is just not true.

Being dogmatic about this kind of stuff is just plain stupid. Any serious web designer or developer should be a browser agnostic. After all, you have no control over what browser your visitors choose to use and your job is to ensure a consistent experience across all devices, platforms and browsers. In short a pragmatic approach is the only way we will ever get anywhere. When it comes to browsers this means accepting that no matter what you personally think of Internet Explorer and the company behind it, millions of people use the browser every day and if they are not using the latest version, they are not experiencing the web as it should be and you as a designer and developer are forced to stick with old solutions.

The bottom line is we have to get people on track and upgrade them to IE9 en masse so that we can start using the new technologies we have been waiting for and talking about for the last several years. And even though IE is not my preferred browser I will play my part in ensuring that people upgrade and that web designers and developers know what the browser can do, how to use the advanced features that come with it and how to start implementing HTML5 right now.

The argument used to be that HTML5 was a non-starter because IE didn’t support it. Well, now it does, so let’s embrace it, get people up to speed and start building better and more functional solutions for the web.

Go berserk in the comments section.

Agreed. I prefer Chrome, but am very glad IE9 supports what it does. Not all the way there, but a significant step in the right direction.

no, no, no, the reason why people shouldn’t be using IE is because it will fall behind again, sure it may have caught up now, but what happens once newer things come out and IE fails to catch up? thats right, a whole bunch of IE9 users who will unknowingly hold the web back. again.

then again, maybe i’m wrong, maybe they will keep it up to date from now on. i just wouldn’t count on it.

face it, with machine inspecific technologies which are so diverse and ever-changing such as the web, open source is the best way to go.

You have to keep in mind that a lot of companies and PC users in general will never install a 3rd party web browser for a whole range of reasons. Not getting these people to update to the latest version will be like shooting all web developers in the foot. I’m not saying IE9 is the be all and end all of web browsers. My point is that now that they are up to – and in many cases beyond – current standards, everyone needs to update right away to get rid of the older versions.

On the concern of IE falling behind again, I don’t think it’ll be much of an issue. They, as all the other browsers, are committed to a tighter release schedule coinciding with official releases of web standards. This is illustrated by the HTML5Labs site they have published where you can download support for more shaky and not-yet-finalized elements like WebSockets and MediaCaptureAPI: http://html5labs.interoperabilitybridges.com/