There are a lot of exciting things happening in the online development space right now and there are some great opportunities for designers, developers and people with great ideas for online applications to get recognition, cut their teeth on bleeding edge technologies and maybe even win some stuff or a big wad of cash. 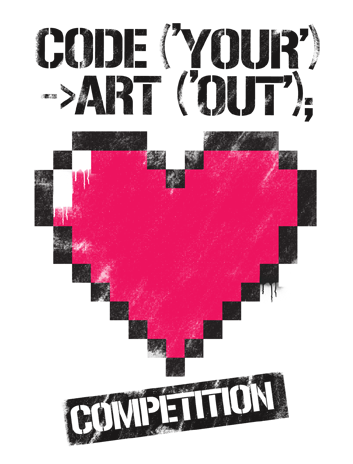 Code Your Art Out – Doing some good with your code

In conjunction with the Open Source conference Make Web Not War put on by Microsoft in Vancouver on May 6th and 7th this year the team has also launched a contest named Code Your Art Out. The contest is an extension and maturing of last year’s FTW (For The Web) contest which focussed on using oData in applications. This year the main focus is on using the web to do good – more specifically helping charitable organizations and non-profits reach out to their communities in new ways. From the website:

“Code Your Art Out” is about helping non-profits harness the power of technology in order to better serve its communities and members. It’s also about blending Microsoft technologies with other technologies to create applications that connect people, data, and diverse systems in new ways; bringing it all together in one ground breaking application.

Code Your Art Out brings to light an interesting conundrum in today’s rapidly evolving online environment: There are data sets, applications, solutions and technologies out there that can be of great benefit to individuals, organizations and companies, but the know-how and understanding necessary to utilize these often lie beyond the grasp of those who need it the most. The contest serves to build a bridge between those who would benefit from these technologies and those who understand and can build on these technologies. And for that alone I think it’s well worth it to take an active approach and submit an entry.

Code Your Art Out runs from March 1st to June 1st. For all the details visit the site and get coding! 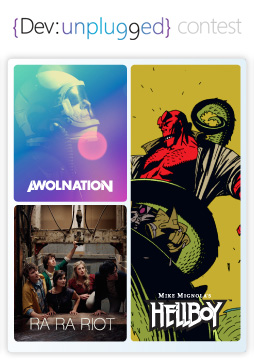 Dev:Unplugged – release the power of the web

We are entering a new era where web code is concerned. The introduction of HTML5, CSS3, SVG and other related technologies are opening new and previously uncharted teritories for designers, developers and everyone else playing around on the web. The IE9 team is heavily invested in furthering this technology and is doing what it can to encourage early adoption and ground breaking work on the code front.

Enter Dev:Unplugged, a contest built on the premise of pushing the new HTML5 standard to its limits and create web apps that are “unplugged” as in not reliant on plug-ins. From the website:

We believe that HTML5 and related technologies, in conjunction with faster and faster browsers, finally give developers the tools they need to create experiences that are just as vivid, interactive and high-fidelity as what you have come to expect from native applications without the need for plug-ins. We want to see what you can do unplugged.

What is truly interesting about Dev:Unplugged is that even though it’s a contest put on by Microsoft and the IE9 team this is not a contest centered around Microsoft technologies – it’s centered around the new common markup languages of the web. To accentuate this the rules state, and I quote: “The submission has to work across IE9 RC, Chrome Beta and Firefox Beta.” For Microsoft haters this might come as a bit of a suprise, but it’s part of the new “we’re all in this together” approach adopted by the company over the last few years. After all, the web doesn’t care what platform you’re on or what browser you use, so why should coders?

The Dev:Unplugged contest itself is split into two main categories: Games and Music. Entrants are asked to build innovative gaming and music applications using only HTML5, CSS3 and JavaScript centered around material provided by the contest. You can read a full breakdown of how all this fits together over at the Internet Explorer blog and at the Dev:Unplugged website. Entering the contest you’ll be working with material from the animated series HellBoy and bands Awolnation and Ra Ra Riot.

As with Code Your Art Out there are some awesome prizes to be had including a trip to the Future of Web Apps conference in Las Vegas in June, cash, computers and other cool stuff.

All entries for Dev:Unplugged must be submitted through the website by May 8th, 2011 so get crackin!