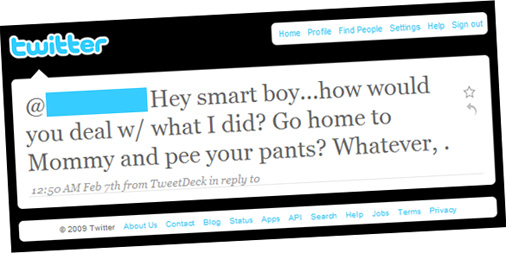 […] the other five rules of Twitter etiquette, hop on over to Design is Philosophy, the blog of Pink & Yellow Media’s Morten […]

[…] There are manners to be minded and etiquettes to be followed in any social setting. Twitter is no different. Beyond the Rhetoric lists the “Top 10 Rules of Twitter Etiquette“. How many of these do you follow? BTR only lists 5 rules. Find the rest of rules at Design is Philosophy. […]

Aside from the obvious, why else do you feel these are top rated bats?